This research Center has been established in the University with the purpose of carrying out research in the field of dynamics of earth and solve the mystery of Earth & Space Sciences by providing valuable scientific reports of natural disaster and their prediction. Such early warning can certainly help in a big way in mitigation, restoration, reconstruction and other relief measure activities. CESS activity covers the entire gamut of Earth & Space Science and it also includes state disaster management preparedness activities. Centre for Earth & Space Sciences has all the resources to carryout research in the area of natural disasters which are mainly occurred in the central region of Asia. Natural disaster like Earthquake, Flood, Drought, Industrial Hazards and many more that causes great damage or loss of life come within the sphere of monitoring and warning plan of CESS.


Providing early warning detection system through interface between academic, industry and the society


The CESS has collaborated with following agencies:-


The data shared from these agencies have helped carrying out continuous analysis and identifing patterns. 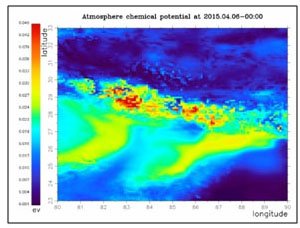 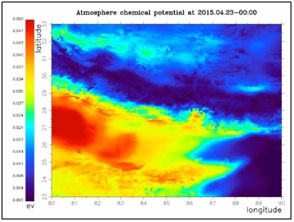 Centre for Earth & Space Science (CESS), Rabindranath Tagore University and Russian Space Agency carried out study of atmospheric chemical potential of Nepal. The earthquake occurred on 25/04/2015 with magnitude 7.8 Mw. From 6th to 23rd April showed gradual build up. The results showed high atmospheric concentration level over the epicentral region just few days before the Nepal earthquake. This study will improve the scientific method of electromagnetic phenomena for earthquake prediction. Seismo-electromagnetic study is provides possible theory for short-term prediction of earthquake and continuous monitoring of multi-parameter over the seismic prone areas. CESS is continuously working on this and may come out with more prediction theories with greater accuracy in near future. 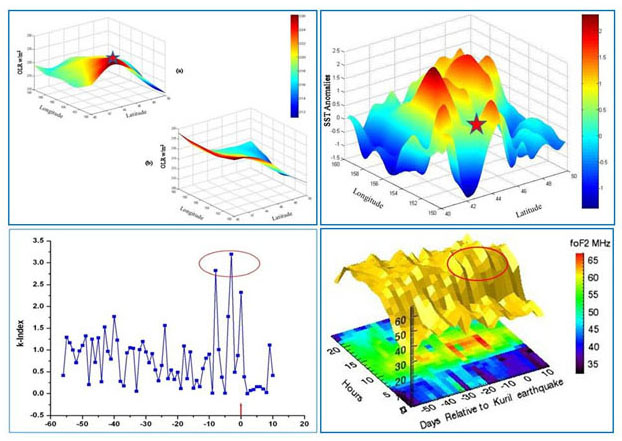 Analyses of earthquake in Kuril are shown above Lithospheric-Atmospheric-Ionospheric (LAI) Coupling Mechanism has been justified by this analysis. CESS is collecting data and carrying out analysis on a regular basis.

A Research enclosure was set up at –Ujjain during Kumb Mela in April/May 2016 by CESS, AU and CRE, AU: Various research projects were conducted on radiations, noise pollution, energy management, crowd management etc. IoT sensers were also installed at various places and data collected at Bhopal and analysed in real time. Some results on measured noise level at Kumbh area, Ujjain 2016 are given below 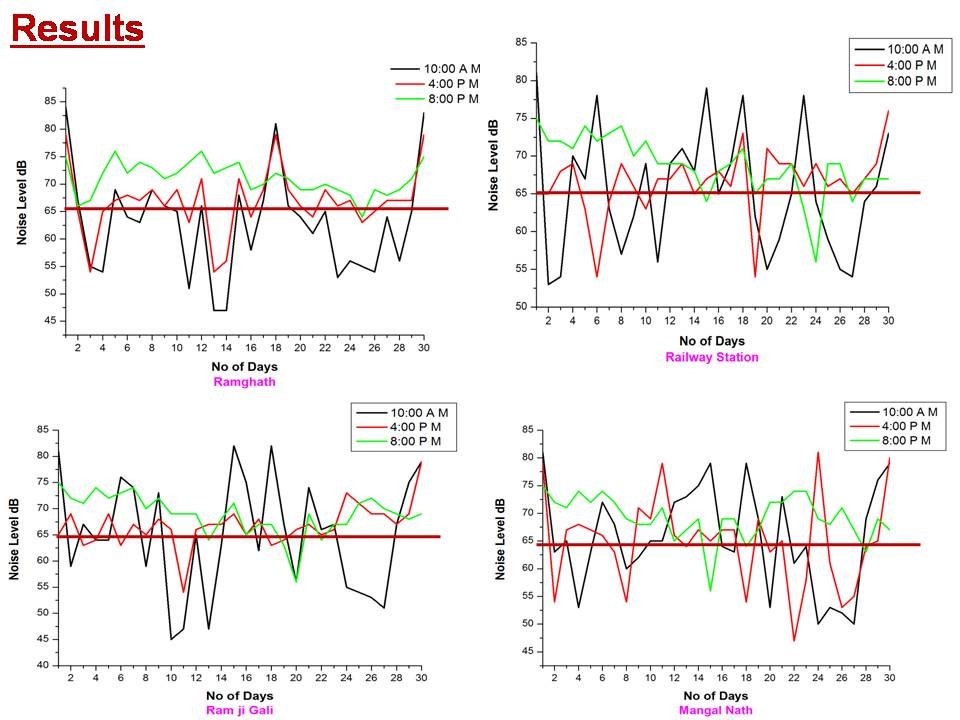 Report of the above work has been sent to all concerned. The CESS is working on the project to develop system based on noise for early warning in various applications. 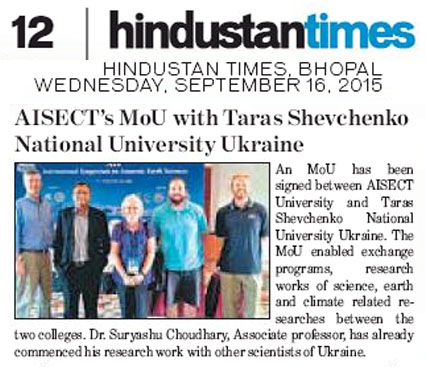 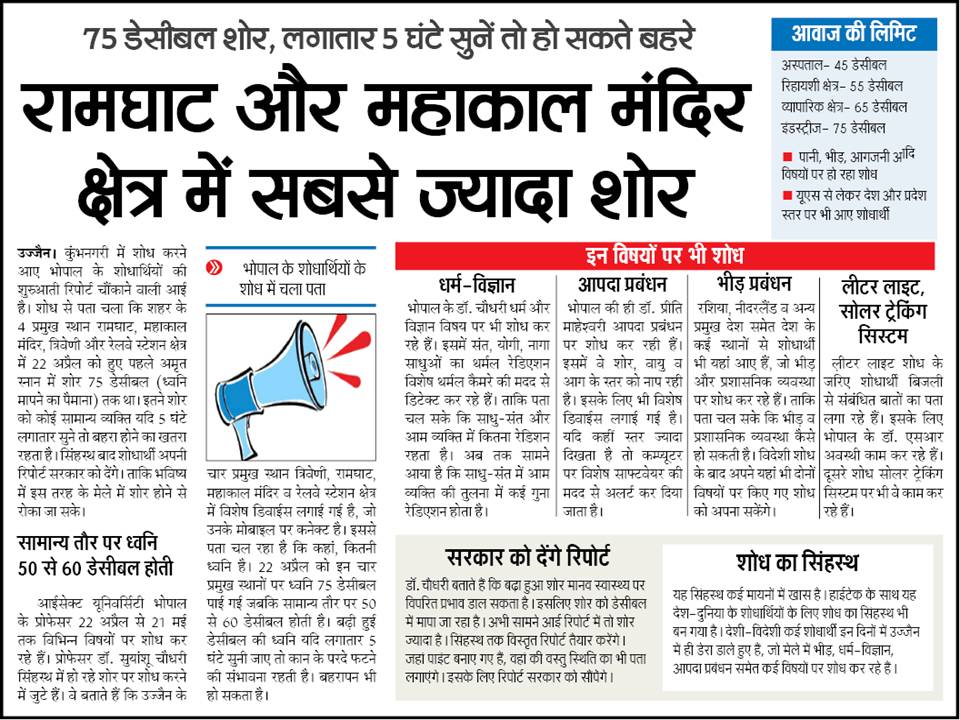 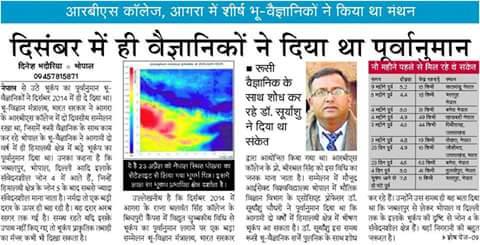 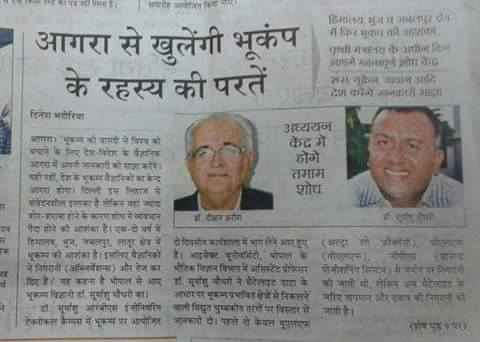 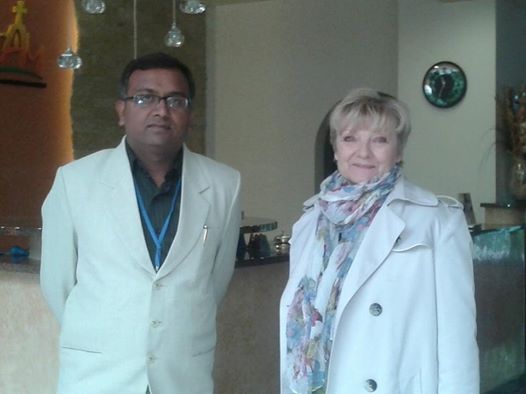